Each workshop should have maximum security, safety and comfort requirements for the work. That means working with machines and tools, particularly electric safe, enjoyable and successful. Other terms of the safety and comfort of good lighting job, ambient temperature and humidity. From protection in the workshop is the most important protection against electrical shock, open fire, water and gas.

Machines and tools for woodworking are very sharp, are working on a very high speed, and as such are very dangerous for those who work with them. These machines must be grounded to protect against voltage breakdown to ground and the possibility of electrical shock to the machine operator.

Work on machinery requires specific physical and technical protection. So for work on tools and machinery required protective clothing, footwear, eyewear and gloves, and protection from noise (earmuffs)
Since the workshop gathering dust, sawdust and wood waste, in such a place forbidden heating ovens with an open flame. Top central heating with radiators, electric radiators or hot air.

All the small parts needed to build a guitar, you should have a variety of boxes and drawers to hold small parts, that the same would not be lost or confused. Does not need to say that the workshop must always by order and cleanliness, so that the necessary replacements can be found at the right time. As the workshop regularly creates huge dust should have a device to vacuum and dust extraction (special vacuums ). Dust from wood that is processed does not need to throw as the same may be used to fill cavities in wood.
Objavio/la mike u 08:20 Nema komentara:

The basic equipment of small workshops to build guitars, should be equipped as follows: - Work table size 150x80 cm plate coated with a thick cloth -Chair - Work lamp above the table minimum 80 W - Storage for small items - Police on the wall for greater things - Wardrobe to store guitars - Heating furnace - Recycle Bin - Hole in the wall with a fan.

Here are the table construction dimensions:
BILL OF MATERIALS (to build 2 tables) (See cutting schedule below)


For the construction of the guitar needs a lot of tools, but the most essential tool to basics works is as follows: - Jigsaw-quality - Circular saws - Grinder for wood - Distributed to various - Pliers - Hammers various metal - Rubber hammer - Carpenter discipline - Drill - Milling.

This is the most basic tool builder must have to be able to perform the basic operations of processing wood. For comfortable work requires a lot of equipment, tools and machinery. So, the conclusion; building guitars is not at cheap interest.

The most popular models for a homemade guitar 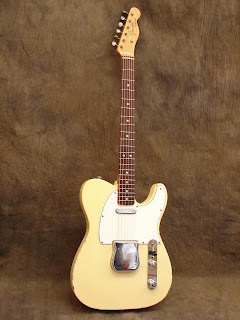 Fans of electric guitars have different tastes for models of electric guitar. However, there are generally a few models that are built up. So today is made up of Fender, Gibson, Ibanez and Yamaha guitars. Of these brands the most common  models, "Fender Telecaster", "Fender Stratocaster", "Gibson Les Paul" "Ibanez Jem" and Paul Red Smits (PRS).
For these brands, there are a number of models and submodels.
In this blog, will be described by way of construction of each of these models.

In the 1930s, Hawaiian music enjoyed widespread popularity in the United States. However, Hawaiian music featured the guitar as the main melodic instrument, and the volume of acoustic guitars was insufficient for large audiences. Beauchamp, an enthusiast and player of Hawaiian music, mounted a magnetic pickup on his acoustic steel guitar to produce an electrical signal that was electronically amplified to drive a loudspeaker, producing a much louder sound. After discovering that his system produced copious amounts of unwanted feedback from sympathetic vibration of the guitar's body, Beauchamp reasoned that acoustic properties were actually undesirable in an electric instrument.

Beauchamp had helped develop the Dobro resonator guitar and co-founded the National String Instrument Corporation. Through these businesses, he was acquainted with Rickenbacker, who owned the machine company that manufactured the aluminum resonators and brass bodies for the instruments. With Rickenbacker's help, Beauchamp designed a lap steel guitar with a solid aluminum body and neck. Rickenbacker produced the instruments from 1932 to 1939.
The "frying pan" was the first electric lap steel guitar ever produced, and arguably the very first electric guitar. George Beauchamp created the instrument in 1931, and it was subsequently manufactured by Rickenbacker Electro. The instrument—officially the model A-22—earned its nickname because its circular body and long neck make it resemble a frying pan.
It was designed to cash in on the popularity of Hawaiian music in the 1930s. The instrument was made of cast aluminum, and featured a pickup that incorporated a pair of horseshoe magnets that arched over the strings. Beauchamp and machinist Adolph Rickenbacker began selling the Frying Pan in 1932, but Beauchamp was not awarded a patent for his idea until 1937, which allowed other guitar companies to produce electric guitars in the same period.

Invented in 1931, the electric guitar became a necessity as jazz musicians sought to amplify their sound in the big band format. During the 1950s and 1960s, the electric guitar became the most important instrument in pop music. It has evolved into a stringed musical instrument that is capable of a multitude of sounds and styles. It served as a major component in the development of rock and roll and many other genres of music.

Vote on the design blog